HORMONES 2007, 6(4):341-343
DOI:
Historical note
Tadeus Reichstein, co-winner of the Nobel Prize for Physiology or Medicine: On the occasion of the 110th anniversary of his birth in Poland
Andrzej Wincewicz, Mariola Sulkowska, Stanislaw Sulkowski

Tadeus Reichstein (1897-1996) was the first scientist born in Poland to receive the Nobel Prize in Medicine or Physiology (1950) for the “discovery of hormones of the adrenal cortex, their structure and biological effects”, as stated by the Nobel Prize Committee. His family being deeply devoted to Polish cultural and historical heritage, his first name was given to him after Tadeus Kosciuszko, a chief commander of the 18th century Polish uprising named the Kosciuszko Insurrection. As a child, he emigrated with his family to Switzerland, where he was much later to become involved in numerous research studies on steroids on an international scale. It was Tadeus Reichstein who isolated and synthesized desoxycorticosterone, which still remains the drug of first choice in the treatment of Addison’s disease. Additionally, thanks to his strategy for the mass production of Vitamin C, the cost of this agent was drastically reduced thus enabling its widespread therapeutic use. In our divided world so often torn by tremendous conflicts, there is a great need to both remember and commemorate such distinguished people as Tadeus Reichstein who, despite the apparent ‘borders’ between different nationalities and cultures, have demonstrated through their work the huge need for harmonious collaboration in the development of science.

All nations take pride in the past and present achievements of their scientists. While Poland is particularly noted for several Nobel Prize laureates in literature, her great scientist Marie Curie-Sklodowska is a truly extraordinary example of a Polish scientist and Nobel Prize winner in both Chemistry and Physics.

However, it is generally assumed that, apart from Marie Curie, no other Pole has received a Nobel Prize in the field of pure sciences, much less in that of medicine, nor are the Polish roots of quite a few Nobel winners in medicine and other sciences widely recognized among the international medical community. This is largely due to the turbulent history of Poland, divided as she has so often been among three neighbouring empires and even ‘disappearing’ from the map for over 100 years. These huge historical upheavals have all too often hindered the intellectual development of numerous talented citizens of the Polish state, while many of them chose emigration so as to flee from war and persecution and to receive a better education and find wider scope for their scientific inquiries. One of them was Andrew Victor Schally, who was awarded the Nobel Prize in 1977 for the discovery of TRH (thyrotropin-releasing hormone) and LH-RH (luteinizing hormone-releasing hormone) as well as for his investigation into the action of somatostatin.

It is likewise frequently overlooked that Poland was the birthplace of Tadeus Reichstein, Nobel Winner in Medicine, despite several good biographical publications on this subject.1,2

Tadeus Reichstein was born on 20th July 1897 in Wloclawek, a town of major importance in medieval history, straddling the largest of the rivers of Poland, the Vistula, in the region of Kujawy.1,2 Just as Maria Curie-Sklodowska spent the entirety of her scientific career in France as an emigrant far from her native land, Tadeus Reichstein developed his very impostant “discovery of hormones of the adrenal cortex, their structure and biological effects” (as stated by the Nobel Prize Committee) in Zurich and Basel, Switzerland.3,4 Even as a small child, Tadeus was an ardent observer of his surroundings and used to spend hours watching the traffic crossing the Vistula River bridge and gazing at the river and at the people working on its banks. Though his family was of Jewish faith, the name given to him, Tadeus, demonstrated his parents’ strong emotional attachment to Poland and their deep devotion to the Polish cultural and historical heritage.5 His mother Gustava Brockman Reichstein even tried to translate texts of Polish literature into German. She called her eldest son Tadeus, a name of pure Polish origin, to commemorate Tadeus Kosciuszko, the leader of the 18th century Polish insurrection. Mr Tadeus is also the title of our famous epic written by Adam Mickiewicz whose name, incidentally, was given to Reichsteins’ second son.6 It can thus be seen that Tadeus is more than a simple name in the Polish psyche; it is a symbol of Polish identity. 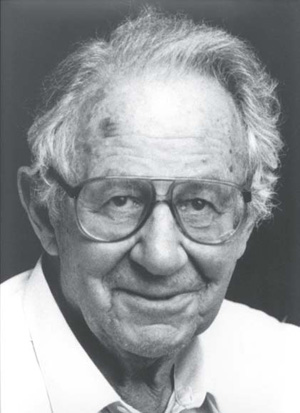 Tadeus’ father, Israel vel Isidor Reichstein, though spending his student years at Petersburg Technical University in extreme poverty, went on to amass a small fortune through his diligence and industry as an engineer in the sugar production sector in Kiev, Ukraine. As a young boy, Tadeus, brought up with his four brothers in a small flat in Wloclawek, also experienced indigence and hardship. At that time the Reichstein family was rich enough to emigrate to Switzerland for the safety of the children and only Tadeus’ father returned regularly to the east to manage the family business.1 The Reichstein family were registered as Poles in Switzerland and Tadeus’s parents never gave up their passports from their motherland.6 Reichstein probably always felt like a Pole with a foreign passport, as Jozef Rotblat, a 1995 Nobel Peace Prize Winner, also said of himself.

In 1933 Reichstein created a genuine integrated method for the mass production of ascorbic acid with amazing engagement of bacteria Acetobacter suboxydans in generation of L-sorbose, an important compound in the synthesis of vitamin C.1 In 1936 Reichstein discovered adrenosterone7 from the extraction of bovine adrenal glands. He also synthesized desoxycorticosterone from cholesterol and bile acids. He formulated the method for its production in 1937 and a year later he isolated this substance from the adrenal gland. In the meantime, this agent was proved to be the regulator of mineral homeostasis and thus became a very effective drug in the management of Addison disease.5 The quality and excellence of his remarkable work greatly impressed his co-workers in Switzerland and swiftly gained him international fame. As chairman of the Pharmaceutical Chemistry Institute at Basel University, Reichstein carried out the isolation of 29 substances of hormonal activity from the adrenal cortex.2,4 This was an exceptionally difficult task due to the extremely high solution of these agents called corticosteroids in adrenal resources.1 Today, it is indeed difficult to imagine the advancement of endocrinology without the superlative achievements of Reichstein.4,8 Additionally, Reichstein brought about efficacy in cortisone production so as to achieve commercial success in 1951,5 and discovered aldosterone in 1953.9 During retirement, he engaged in studies into cardenolides, particularly those derived from the Monarch butterfly and ferns, which impressed him by their archaic constitution.1

Tadeus Reichstein was a man of great heart and outstanding personality. Reichstein was tireless in his lab and full of passion throughout his life, which was dedicated to his family, friends and profession.6 Always radiating a joy of life, he was an eternal optimist who was able at all times to maintain his equanimity regardless of unfavorable conditions that he frequently needed to face.1 Tadeus Reichstein survived his beloved wife Louise Henriette Quarles van Ufford, his only daughter Ruth and his brothers to die at the age of 99 at home in Basel.1

The example of Tadeus Reichstein evidently calls for an essential change in the medical education of future Polish doctors in the field of the history of medicine since so many are not aware of this great scientist. In a world which has seen and continues to see so much divisiveness, it is of utmost importance to commemorate and honour such eminent researchers as Tadeus Reichstein, who, through their selfless contributions to mankind have proved both the power of the human mind and our capacity and need for unity and solidarity in the development of science that cuts across all perceived borders of nationalities and cultures.